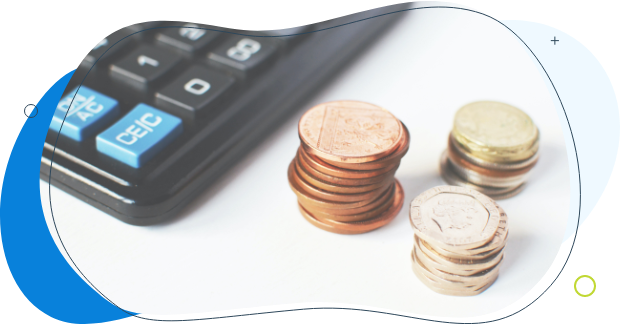 How Much B2B Tech Companies Actually Spend on Marketing

Let’s get real: the budgeting process can suck. As a tech marketer, the struggle of continually proving value to a sales-driven leadership team is an unfortunate reality of the job. And if you do get the budget you asked for, how should you allocate those funds?

This article is not about the “right” answer for your company—it’s about the REAL answers…what your peers at other software/tech companies are actually spending behind-the-scenes. Curious how your marketing budget stacks up? Read on…

Does a marketing budget directly correlate to a tech company’s revenue?

It probably doesn’t come as any surprise that almost all of the tech companies we surveyed who make less than $1M in annual revenue had a marketing budget of under $10,000/year. (These figures exclude salaries/overhead, but do account for agency spend, paid media, etc.) On the flip side, the huge tech companies making $50M+ in annual revenue were the biggest spenders on average, with several marketing budgets of $1M+ year.

For companies in the middle of those two revenue extremes, however, we found that marketing budgets can vary dramatically. Here are some of the most intriguing stats pulled from survey answers:

Our take on the survey results: It’s pretty obvious that low-revenue tech companies are bootstrapping marketing efforts whereas high-revenue tech companies have formal budgets and more money at their disposal. But what about those huge gaps in the middle? Our hypothesis all comes down to venture capital: those who have it can invest big bucks into marketing and those who don’t are stuck working within a smaller budget generated organically by sales vs. outside investors.

How much are tech companies spending on specific marketing tactics?

Now that you know how much tech companies are spending on marketing overall, the next question is how are they allocating that money? Here’s how the survey takers responded…

How much are tech companies spending on paid digital advertising?

Google Ads, retargeting ads, paid social…seems like you can pay to put an ad on just about any online property nowadays, which is probably why 73% of the tech companies we surveyed do some form of paid digital advertising.

Here are some other interesting stats from our survey:

Our take on the survey results: Why aren’t huge tech companies spending a lot on paid digital advertising? The answer is probably that they don’t have to! At that size, companies will have amazing name recognition and rank high within organic search results. By contracts, smaller tech companies need to pay for exposure…especially in the extremely saturated SaaS industry.

How much are tech companies spending on print advertising?

Is print dead? No…but it’s not faring well. Only 30% of tech companies reported using print advertising in our survey. What else did the survey find?

Our take on the survey results: Print advertising can be effective for raising brand awareness, which is more important for smaller companies. However with people working from home last year, it’s no surprise that budgets for this tactic were on the lower side.

How much are tech companies spending on direct mail?

Our take on the survey results: With the ever-rising cost of printing and postage, such small monthly direct mail budgets aren’t going to be doing much at scale. Perhaps these companies are using direct mail in a more targeted way for ABM (account-based marketing) instead of trying to mail to a broader audience. That said, sending materials via the post office is becoming difficult for B2B tech companies since it’s much more common for people to be working from home; it’s way easier (and less creepy) to mail something to the corporate HQ vs. trying to hunt down someone’s home mailing address.

What surprised you most about our survey results? Is your marketing budget inline with other tech companies of a similar size? Or will you be asking your boss for more funds during the next budgeting session?

If you want even more real-life insights into what your industry peers are REALLY doing for marketing? Check out the full 2021 version of our "Marketing Trends in the Software + Tech Industry" report to see how you stack up in areas besides just budgeting.