Plan for the Future by Recognizing Past Marketing Mistakes 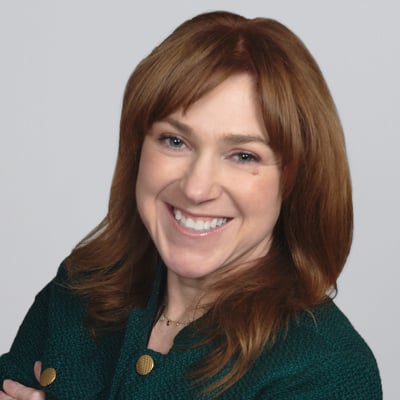 You’ve already made adjustments to your marketing strategy for the short-term because of the Coronavirus crisis. Now you’re looking at your tech company’s plan for the rest of the year and need to make some hard choices.

As a smart tech marketer, your focus is usually on the future—how to innovate and what new tactics you’d like to try. But if your budget is tighter than normal and you’re in a holding cycle for any big new initiatives, now’s a good time to review what you’ve done in the past…including tactics that didn’t go so well.

It’s natural to focus on what has worked and try to make those things work better. But we often ignore what didn’t work because we don’t want anyone to know. However, there is just as much to be learned from failures, possibly even more. We certainly don’t want to highlight when things go wrong, so reports tend to get a positive spin put on them and we talk about the good. But the truth is we need to be fair and look at everything to get the best results. Here’s how…

Be willing to look

The first step is to have an open mind and be willing to accept that you might have made some mistakes. Once you’ve done that, you can really dive in and think about what you would do differently. You will save time and effort in the future if you learn what to avoid and what things not to do from the beginning.

Example: I know in the past I’ve been guilty of just starting a project the same way over and over, especially something that happens every month. A good example of this would be something like an email newsletter. I’d gotten so fast at doing it that I just went on autopilot each month rather than take the extra time to look at what could be improved. When I finally went back to look, I realized no one was clicking my blog links. As soon as I changed the link button position my CTR improved by over 30%!

Sometimes it’s just in how you set your expectations. If you expect that there will be some success and some failures, then you can look at it as part of the natural process and be more prepared for it. Email campaigns will perform differently and every idea you have won’t be a standout winner. The most successful people in the world will tell you they’ve failed many, many times.

“I’ve missed more than 9,000 shots in my career. I’ve lost almost 300 games. 26 times I’ve been trusted to take the game-winning shot and missed. I’ve failed over and over and over again in my life. And that is why I succeed.”

This quote by Michael Jordan reveals a lot about risk and losing.

To be a leader, you need to take risks. With those risks will ultimately be some mistakes…and that’s okay.

Example: We often think leading means having all the right answers. Not true! A great leader knows how to handle adversity and that only comes with practice and failing. Some of my biggest marketing successes came from allowing a campaign to be a “test.” When you think of something as an experiment, you’re automatically more creative and feel less pressure—and isn’t that when you get your best ideas? I’ve done split tests on social campaigns, throwing in one idea that was more out of the box and been pleasantly surprised when that performed over 60% better!

Since mistakes are inevitable, the biggest error would be not to learn from them. Scientists have known for a long time that mistakes are conducive to learning—the theory is that the element of surprise in finding out that we were wrong makes us remember.

The ideal way to treat failure is to learn from it, then simply let it go.

How awful would it be to have examples to learn from that are hidden away and the same mistakes keep happening again and again? A tech culture that embraces failure will get much further since employees will be willing to talk about both good and bad and share actual data. This way everyone in the company can grow faster.

Example: Look, over there…shiny object! Please don’t notice my terrible ROI from that mailing!! I’ve certainly had that happen and tried to distract from the failure with a beautiful chart or something else. But I’ve also seen the light bulb go on when I gave a marketing team the social stats on every post for the past year and asked them what they wanted to do differently for the next year.

The ideas and suggestions were much more productive as we looked at which posts performed well and which didn’t. We had assumed that the younger audience would interact with the social ads differently from the over age 65 audience, but that wasn’t true at all. Everyone got excited when they saw something interesting to them! There is always something that will make you alter your assumptions going forward.

Once you start looking at your marketing data, you will likely find many examples of both good and bad. When you do this regularly you should find it becomes easier to predict results and easier to make decisions. You may also start to take more risks and try new tactics because you want to learn faster!

Example: The next time you have a strategic planning session why not start with having everyone talk about their biggest marketing mistakes and what they learned? Talking about this topic in a public way changes the mindset and makes it acceptable. You can learn more from the mistakes of many so you don’t have to make all the mistakes yourself.

Interested in more KPI advice for tech marketers? Download our free “Reporting + Analytics in the Real World” survey report to see how you stack up against other tech and software companies.