The KPIs Top-Performing SaaS Companies Use to Measure RevOps Success 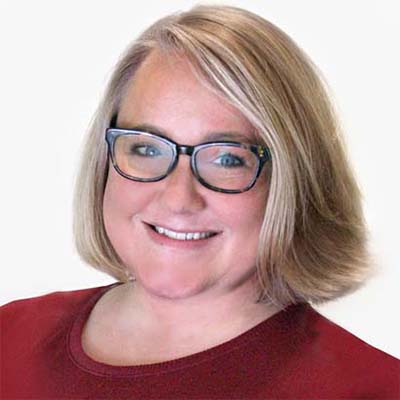 Because RevOps involves the alignment of multiple departments (including marketing, sales and service), there are a seemingly infinite number of KPIs that a SaaS company could use to measure success. On the other hand, in our recent survey, 17% of respondents reported that they don’t measure ANY metrics related to revenue operations. If you’re struggling to define RevOps KPIs for your software or tech company, here’s some inspiration on where to start from your industry peers:

62% of software/tech companies report using win rate as a RevOps KPI. The good news? It’s super easy to calculate: just take the number of deals won divided by the total number of deals both won AND lost. In other words, if you had 37 “closed lost” deals and 13 “closed won deals” in a given time frame, then your win rate is 26%. (13 ÷ 50 = .26)

The bad news? There can be a lot of room for interpretation in such a seemingly simple metric. However, creating definitions upfront will help with consistency and accuracy. For example:

Pro tip: Win rate is a valuable KPI, but don’t stop there: break down your “closed lost” deals into further categories to figure out WHY you’re losing potential customers. For example, these can be popular reasons a SaaS company loses out on a deal:

58% of software/tech companies report using recurring revenue as a RevOps KPI. But which is better to measure…MRR or ARR? The answer, of course, is both…but to a varying degree, based on your company’s maturity and business model.

For example, if you’re at an established tech company generating more than $10M every year, it’s okay to have a longer-term view on annual recurring revenue. This means that you’ll be more focused on the year as whole and less focused on the monthly variance due to seasonal factors. But if you’re at a younger organization with lower revenue, focusing on monthly recurring revenue will give you a crucial short-term lens on RevOps success.

58% of software/tech companies report using renewals, upgrades and/or cross-sells as a RevOps KPI. Since it’s often 5-25x LESS expensive to retain an existing customer than acquire a new one, this KPI is often considered the “holy grail” of software and tech companies. It’s also low-hanging fruit, since customers are less likely to churn as they become more invested in your solutions.

50% of software/tech companies report using sales cycle time as a RevOps KPI. This metric is traditionally measured from the point of initial contact with a lead up until the deal is closed, but it’s also valuable to measure the time between individual lifecycle and deal stages. For example, you might want to track things like:

While sales cycle time can be easy to calculate with software like HubSpot or Salesforce, it all depends on your marketing and sales teams accurately defining attributes (what is an SQL really?) and moving contacts/deals through the pipeline in a timely manner. If a sales rep enters a lead into the CRM after they’ve been talking with that person for a month, the data will be skewed. Same thing if a deal is marked closed won three months after the contract was signed.

46% of software/tech companies report using customer satisfaction as a RevOps KPI. While most tech companies might send a NPS (Net Promoter Score) or CSAT (Customer Satisfaction Score) survey soon after someone becomes a customer, there are several other great opportunities to measure this KPI, including:

If you’ve already surveyed your customers, you’re probably wondering what is considered a “good” customer satisfaction score. The answer varies by industry, but the American Customer Satisfaction Index says that computer software companies average a CSAT of 76. What does that really mean? If you surveyed four customers, three would have a positive view of your company and one would be either neutral or negative.

So, are you inspired to start tracking any of the above RevOps KPIs for your SaaS company? We hope so…but if you're still a bit intimidated by the math, here's a handy tool from HubSpot: a free sales metrics calculator.

Interested in even more RevOps stats and strategies? Download our free "RevOps in the Real World" report to see how your email marketing campaigns stack up against other tech and software companies.